A day with nature...

Finally i am here, writing something again...
i won't say meaningful or useful because that's least of my concerns. 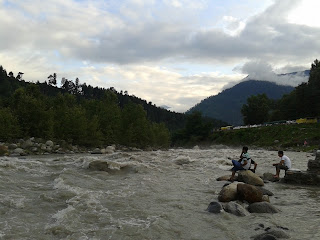 well, its been a while since i wrote my last post "here",  because i have a busy schedule (not jobless anymore, thank heavens! ), and "here" because i have written a couple of sheets, all rubbish. it was as if, i will start
something and after 10-15 lines, i will get bored of typing and move on !!!

last week we went on an offsite trip to Manali.
cutting the crap- it was raining, that meant no river rafting, no para gliding, nothing.

but trust me it was AWESOME !!!
people were saying- oh! its so boring! why we said yes for the trip? We have nothing to do.... blah blah blah

but i loved it... that feeling when you have nothing to do, nothing at all.
i have switched off my internet connection for 72 hours, and i loved it. when you don't have some stupid people saying hi! just because you can message through internet. 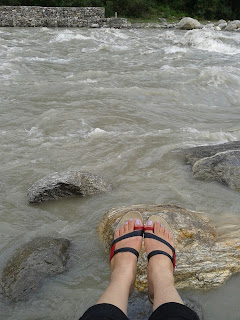 when you like pics and random texts just because you feel like doing something.
when your definition of being social is- liking pics, saying hi, and just commenting on pics and texts.


you click pics, to make memories, to make jokes, to keep that moment with you and not just for some social network.

for those 2 days, i almost felt like a waterwoman.

we had our own games, like who can keep their feet in water longer???

throwing stones in water and then trying to figure out which one went far
(as if with every pebble i have thrown a worry,
or i have thrown pebbles on people i don't like) 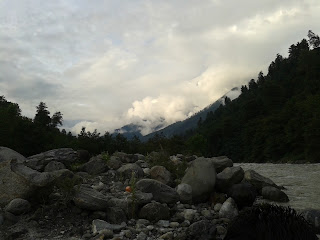 throwing in pebbles on a certain rock, lying in between the water, and feeling good even if you missed.

i like it, some time for your ownself, some time away from the life you live. some time 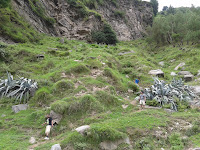 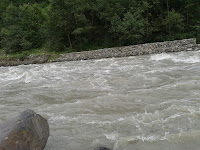 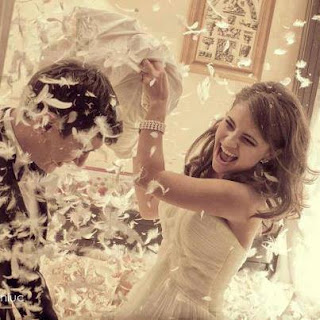 How do I start?
What do I say? I love you and you take my breath away?Do I say hold me tight, be my side day or night? So how do I start?I start like this hold me, love me, teach me, motivate me to do something great.Now that I've started how do I end? I end like this I LOVE YOU!!!

love is about how you get to know someone, and you want to know a lil more.
its when you are friends, you are enemies and you also act like siblings.
you know his weakness, he know yours.
and still you both are in love , so much in love
that you together form that perfect bond.
at July 19, 2013 No comments:

hmmm...
its a phrase you must have heard infinite number of times, but something like " i want that" is a rare event, yes! i am talking about "us" -girls.
its about me, you and every other girl out there(almost :P).

well. for me its always like this.
going for a party, oh! i don't want to wear western. no...no not even indo-western.
in the deepest of our heart we know what we want...
but we will never say what it is.

we may try 50 dresses, still say...ah i don't have clothes

while ordering dinner, it's always like, ah i don't want south indian, no chinese, not even indian.
then what?
well, for our male counterparts its the most irritating one. :)
and guess what we know that.
but sometimes its just not so easy... i mean even if you have all the options in front of you, you always want the best. something you won't regret later.

since past couple of years the news about rape, murder, mis-behaving are so common that you just hear about it and forget. its just like a day-to-day event.
actually we people adapt ourselves to things really fast...mainly to the worst ones.

today only a friend of mine friend narrated us an incident, where she has witnessed such an instance.
she was on the terrace of her pg (paying guest) with her friend
they saw a guy...at a small distance facing the main entrance.
and then they saw three girls...at their door steps...
the guy pulled down his zipper  and huh that bastard just pleased himself.


and the girls knocked on their door.
but they(my friend and her friend) just tried to hide.
because they didn't want to be seen...didn't want any problems in their lives.

just after a few seconds, the guy ran away, and the girls walked towards their rented house(or pg).
so, NO DAMAGE WAS DONE.

i stared at her in disbelief..."you didn't shout"
she said- "no., he didn't do anything to harm them"
i said- "what ? you mean this was nothing?"
she said- "it was horrible, but this is not the first time it happened. the same guy has done same thing so many times before. some have complained but no one want to support them"
i said- "and what are you people waiting for? him to hurt someone or what?"

she said- "what could i have done? it was so horrible."
i said-" it was horrible, okay...but have you thought about those girls. "
she said- "what about those girls, they are stupid, which good girl goes for walk at 11pm."
i said- "you girls are yourself talking like this, now how can we expect something from others(guys and govt..)
she said-" we were not in a state to do anything.and those gals didn't do anything. they could have picked up a stone and hurt him."
i said- "firstly you are talking that it was horrible, and they were in his reach, and yes may be they would have hurted him if he had tried to hurt any of them.(mental damage is already done)"
and you were in safe premises. your door was locked  with n no of people inside, all you needed to do was shout on him. "
she said- "i don't think it would have helped. and its easy to say, when you face something like this you just go numb."
i said- "stop this non-sense, you just didn't want to help them."
she said- "yes i didn't. but why are you so concerned? he didn't hurt them."
i said- "i am concerned because, i know it very well that if he continues like this, that day is not so far when he will start hurting people. and then rape will not be a distant thought for him
and the saddest part is, today its them, tomorrow it could be you or me.
and i surely don't want any of this."

and she turned away in anger saying -"i shouldn't have told you."

but here i am, questions still popping in my head.

it was so damn uncomfortable for me to mention all this here, but can we avoid this conversation? can we just let it happen.
can we just let these f*****g bastards come and do anything to anyone, rape, murder, acid attack---just anything just to  please themselves???
at July 02, 2013 No comments:

every paper has a story in itself... 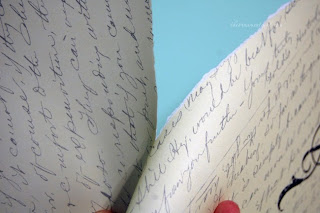 have you ever heard the sound of "tearing a paper"

of course you did...
but try it once again...
it will sing the song of your heart...the exact way you are feeling.

i love to write, so yes i have a big stack of notebooks and journals at my place. and time to time many of them have faced my wrath, my happiness, my joys , my fears...

sometimes its like breaking up from your past,  tearing away a part of your soul...
it hurts, to throw away what you created, that's why we just keep some pieces with us...hidden somewhere...
until you let it go.

and someday, while clearing up your mess, you will see them 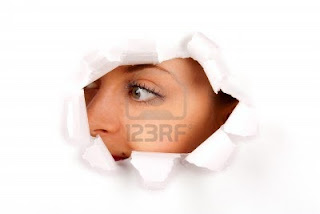