a day at railway station...

seems like the essay report na...that we were to write in for our english or hindi exams.

well that was the first thought i had when i visited railway station...followed by so many-stupidest thought.

Yesterday i went to railway station...here in the city beautiful.
i had to receive a friend of mine. frankly speaking i used to have these weird ideas related to train journeys , most importantly the railway station.

thanks to our bollywood movies, i had this misconception that no matter what, you have to run after the train.
i was sure that " someone giving you a hand and all" is a movie-thing. but yes... you have to run after train.
actually being paranoid, i haven't much traveled in train. well truly speaking its just four times I have got lucky. And of these four, two i can't remember...because i was a small kid back then. and was traveling with my parents, so i guess it was their concern. 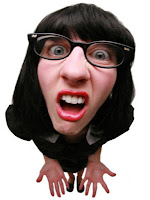 and the one other time, i was going to college (Panipat from Karnal) and due to bus-strike i was forced to take the train. huh:( and i faced the biggest issue of the lifetime- where exactly was i supposed to stand on the platform to get to my respective boggy ON TIME.  even on the fourth one wasn't a help, in getting over this fear. huh


i was supposed to go to KURUKSHETRA from my hometown(KAITHAL) for some stupid exam.
i left home at 5:45, that means i woke up at 5(haaha hatered started from there only)
and then there were almost ..i don't know..i don't know how to give a rough idea about no of people just by looking at their density or intensity.

anyways we somehow managed to enter in...and then luckily we got some decent space to stand...

so, when yesterday i went to receive him, i couldn't bring myself to enter in the platform area, instead i waited in parking...yes i thought people really get lost out there.


but i found out that i needed to drop him back in the evening. so i thought it was a good chance to experience the craziness in the platform area. and this is what i found out-
people sitting or standing or sleeping,...on the floor or a few uncomfortable seats they could find...and waiting for their trains.


announcements every few seconds... you got to know about your train n- no of times before it arrives. where n=5*min left.

when your train arrives, you can hear it all around you...from announcing lady, people around you...and even the KULIs.

and yes, you can see the train, far before it reaches the station. and all you have to do is see the sequence of the boggies and find yours.

and then i asked my friend, what if i am standing far away from mine.
he smiled and said... these boxes are interconnected and then i was relieved with an answer to my long time battle with the misconception about trains :-P